It has declared it wants to remove “tax loopholes” that gave an unfair advantage to existing investment property owners.

The government introduced a two-year “bright-line” test in 2015 which was later introduced to five years.  The test was introduced to tax gains on residential property sales within those periods.  Properties used as the “main home” are not subject to the bright-line tests.

The government has doubled the bright-line period to ten years.  Capital gains on residential properties “acquired” after 26 March 2021 are now subject to income tax if they’re sold within ten years.

Special rules apply for properties acquired if purchasers submitted offers before 24 March 2021 which could not be withdrawn before 27 March 2021.

The five-year bright-line period will continue to apply to newly built homes.  The government has announced it will define what constitutes a newly built home after further consultations.

However, it has indicated that it believes it should apply to properties acquired within twelve months of being given a code-of-compliance certificate under the Building Act 2004.

The government has also introduced a new “change-of-use” rule for the “main home”.  Previously, the “main home” was excluded from the bright-line test if it was used mostly as the owners’ main home for the entire “bright-line” period.

The new rule will tax some of the capital gain on properties not used as an owner’s main home for more than twelve months during the bright-line period.

Residential properties used as owners’ main homes during the entire bright-line period will not be subject to the bright-line test.

Properties which are not used a main homes for less than twelve months (such as when owners takes several months to move into properties) will be excluded from the test.  Such periods will be treated as main home usage.

This new “change-of-use” rule applies to residential properties which are caught by the ten-year bright-line test.  These are typically properties acquired after 26 March 2021 and includes newly built properties.

When a property is “disposed” (such as sold) the amount of taxable income will be calculated after deducting the following from the sales price:

This figure is then multiplied by the proportion of time the property was not used as the owner’s main home.

For residential properties acquired after 28 March 2018 but before 27 March 2021, the existing main home exclusion rules will continue to apply.

Changes to the bright-line rules are not the only changes the government has announced.  It has also declared that interest deductions will be disallowed for loans used to buy residential properties.  Newly built properties are exempted.

The government believes that first home buyers are disadvantaged.  It believes being able to claim interest payments is an unfair tax loophole which gives investors an unfair tax advantage.

It determines that the previous tax-free capital gain on properties is unfair when compared to other assets types, such as shares.

The new rules abolish interest deductions after 1 October 2021 for all residential investment properties acquired after 26 March 2021.

Residential investment property owners can continue to claim interest on borrowings for residential properties acquired prior to 27 March 2021.  However, deductions will be gradually phased out during the next four years.  From 1 April 2025, interest payments will be entirely non-deductible.

Finally, these new rules shouldn’t affect property developers.  They will continue to be able to claim interest deductions as they are normally subject to income tax when they sell properties.

The new rules do not seek to disallow deductions for interest on loans which are secured against residential properties when it’s used for business purposes.

We’ll need to “wait and see” if this new legislation has the desired effect on demand for residential investment properties.  IRD have developed a quick on-line tool to help determine if a property is taxable under the new rules.  You can visit it here. 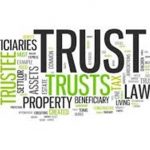 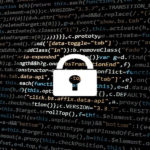 Master Your Business in 7 Easy Steps 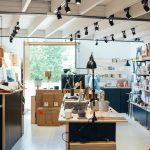 Are Buying a Business? Don’t Forget Your Homework 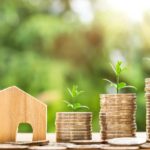 Uncover 6 Secrets to Grow Your Business 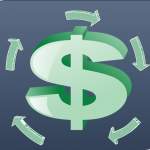